Spa in your home with a steam generator for the shower

Today, buying a shower stall, we obviously make a choice for ourselves in the direction of convenience and practicality. Some of the first models were so simple that they were a regular shower booth. Then even the question was not about any additional options that can give comfort to this ordinary procedure. Nowadays, shower cabins have been so improved that some of them are practically a whole SPA complex. The popularity is gained by the steam generator for a shower cabin. In such cabins you can not only take a shower, but also get a tremendous relaxation after a hard day’s work. And by including the function of a bath or sauna, you can even treat minor colds. 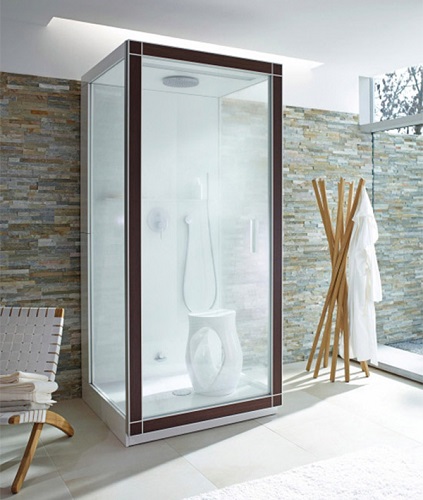 A very important point is the fact that the generated steam that enters the chamber, does not exceed 60 degrees. That is why water treatments are pleasant and very comfortable. If necessary, you can set the humidity to 100%, but for some people it is unacceptable for health reasons. Based on this, the main thing is that you can control and expose yourself independently of the thermal regime and humidity.

Shower together with the steam generator today is a fairly common phenomenon. These products belong to the highest category of goods. After all, such cabins may include hydromassage and aromatherapy function. Hygiene measures with this technique turn into a real SPA procedure.Such models of shower cabins can contain such auxiliary functions as an installed telephone, the presence of a stereo system, have an additional ventilation system and many other equally useful functions.

The principle of operation of the function "sauna and bath"

When you run this function opens water supply valve. A specially mounted sensor monitors the fluid level all the time. When water reaches a certain point, the valve is automatically blocked. In the case, if the water turned out to be less than the required volume, the valve opens again. 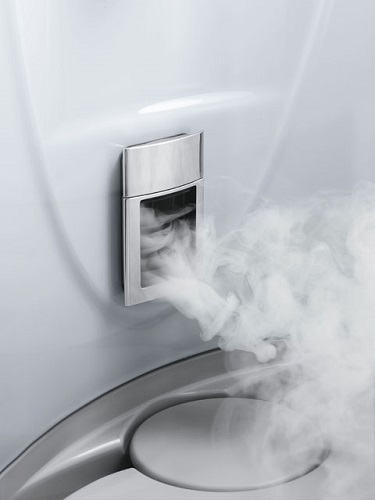 After that TEN is connected to the work. His job is to bring the water almost to the boil and warm the installation to a predetermined temperature. Then it automatically turns off. The water level is constantly monitored, because during the operation of the heating element it can boil and evaporate. As a result, the system valve opens again and the water level is adjusted to the required mark.

When the “bath” function is turned off, the remainder of the unused water system is simply drained into the sewer system.

Control is carried out using the established control panels. The temperature can be set both before switching on the device and after it. Adjustment is carried out using the regulator. The main indicator of proper installation and configuration of the device is the presence of steam when turned on, and its absence when disconnected. So, setting the temperature, the generator automatically begins to fill with water, and after a couple of minutes steam is supplied.

Today on the market there are several varieties of showers with a steam generator. They differ in the principle of heating. 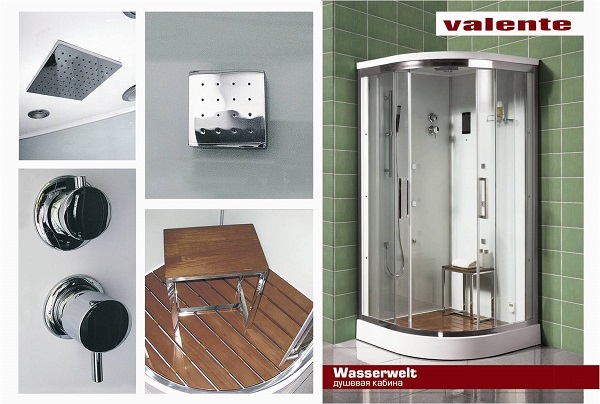 When making a choice in favor of a shower cabin with a steam generator, it is imperative to consider the following parameters.

When installing such a shower, all conditions must be met in order to ensure the necessary tightness of the cabin and not disrupt the operation of the forced air supply.

Advantages and disadvantages of a shower cabin with a steam generator

Naturally, such a device has many advantages in use. 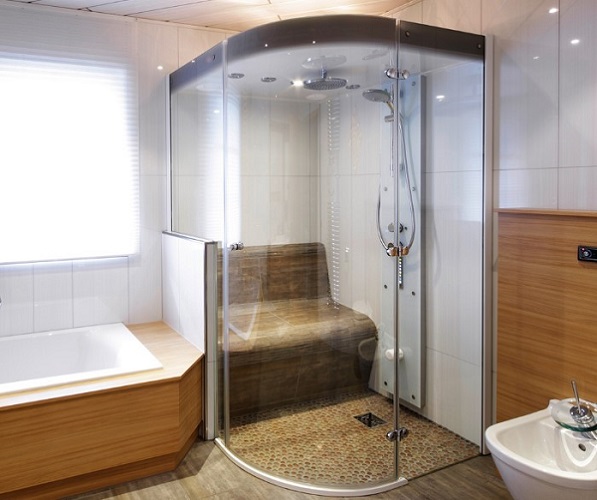 Assessing the pros and cons, everyone can make their choice. In conclusion, I would like to say that by installing a steam generator for the shower cabin, you can feel the full relaxation, bliss, as if visiting the SPA complex.

Steam cleaners for home: how to make the right choice?