Hair straightener is a household device, through which you can straighten the rebellious head of hair. This simple device, which is often called the “iron”, today has many functions. And there was a time when the first iron created by Simon Monroe had only seven metal teeth. A little later, Isaac Chereau was invented a rectifier that has two irons, which are heated and leaned against one another.

The main function of the device is to free the hair from excess moisture, which makes it rebellious and curly. Another important function is to return the separated hair plates to their place. Due to the high temperature, the iron as if welds the scales back, which makes the hair healthy and shiny.

The device is convenient and profitable, performs its task quickly and efficiently. But there are also disadvantages to its use. Straighteners become very hot, which sometimes damages hair. They dry, become brittle, split, lose shine and beauty.To avoid this, choose an easy-to-use iron with a thermostat. This switch allows you to choose one of several heating modes depending on the category of hair. Proper setting of the thermostat will help to avoid overdrying. 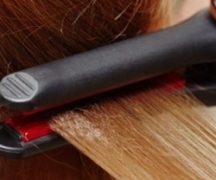 The advantages of using iron for basal volume
Operation of equipment

Wonderful properties of irons corrugation
Operation of equipment
The most interesting 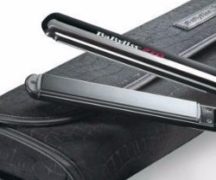 How to choose a suitable hair straightener
Choosing home appliances

The advantages of using iron for basal volume
Operation of equipment

The best hair straightener can be determined only by you.
Choosing home appliances

What is the infrared iron
Operation of equipment 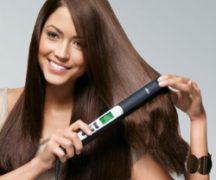 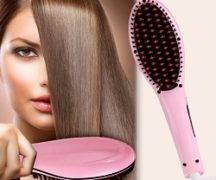 Airbrush - a virtuosic tool for nail design
Other beauty equipment

Airbrush - a device for contactless makeup
Other beauty equipment