The boiler is an appliance that can heat and boil liquids at home by lowering it. By design, the device looks like an electric kettle, but the kettle does not have its own vessel for liquid, while the kettle has it.

In 1885, the German company AEG produced a primitive device consisting of a tank with water and a heater element dipped into it. The company has positioned this device as the first electrical appliance for heating a liquid. And in 1924, the German Theodor Stibel invented the first submersible electric kettle.

Boiler - a very simple device, both in form and operation. It consists of a metal spiral, which is immersed in a liquid. The main condition is the presence of an electrical outlet. The choice of the size of the device depends on the volume of the heated liquid. The more water you need to warm up, the larger the device you need to choose, since the power of such a boiler will be more. In modern devices, power ranges from 0.5 to 1.5 kW.

Follow the rules of operation of the device.When it is turned on, the coil must be in the water, in order to avoid overheating and subsequent explosion. It is impossible to touch the water when it is heated by the boiler, due to the absence of a grounding contact in the device plug. 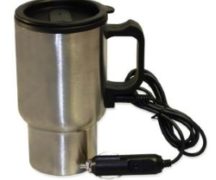 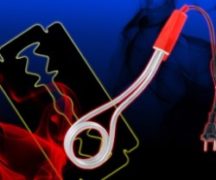 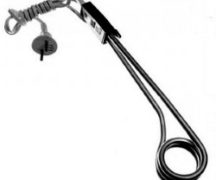 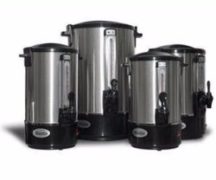 Boiler bulk for rapid heating of water: how to use
Operation of equipment