Kitchen scales - a device that helps weigh the right amount of product. Such a device is used in the kitchen when there is a need to measure a certain amount of ingredients for preparing various dishes according to the recipe.

The history of the origin and transformation of the scales is rich and diverse. For centuries, the device has undergone changes, and, finally, in the XX century, scientists came to the invention of various types of devices, including kitchen ones.

There are several types of devices. Manual scales, which are often called bezmen, were already known in the XIX century, although they have changed since that time. Previously, they were mechanical, but today they can run on batteries and rechargeable batteries. They are comfortable, but not practical, due to the quick stretching of the spring.

The next type of kitchen scale is mechanical. At the core of their work is a spring, the same as in manual weights. They do not need power supplies, they are inexpensive, they will last a long time. But modern housewives are increasingly inclined to acquire weights, for which work you need a power source.These are electronic devices, precise, with many additional functions, equipped with a small display on which the volume of products is given. 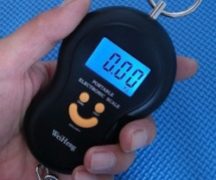 Scales that can count calories
Operation of equipment 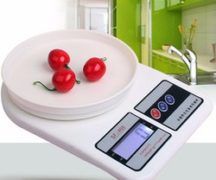 Choosing a kitchen scale
Choosing home appliances
The most interesting

Scales that can count calories
Operation of equipment