The electric jigsaw is a hand-held electric tool that, thanks to the reciprocating movement, helps to perform sawing of different surfaces. The tool is useful in various construction works, such as the installation of doors, panels, laying parquet and other matters, without which modern housing is unlikely to do.

The first electric jigsaw appeared in 1946, thanks to the Swiss engineer A. Kaufmann. And in 1947 they appeared on the European construction market. It would seem that the inventor made a simple action: in a sewing machine, the needle was replaced with a blade. However, it turned out a worthy tool that has found its place in the economy.

Jigsaws are divided into two groups - professional and household tools, which differ in power, functionality and other components. Depending on the type of engine, jigsaws are open and closed, with open motors less durable. Also more reliable are those whose internal devices are made of metal, and the housing can be anything.

Typical power device from 300 to 850 watts.For home use, such power is quite suitable, although 500 is enough.—700 watts Of interest are jigsaw jigsaw, which are its main component. 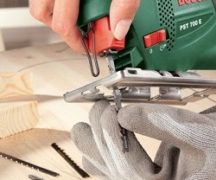 Insert the file into jigsaw
Installation of equipment

We design a jigsaw DIY
Making your own hands

Insert the file into jigsaw
Installation of equipment 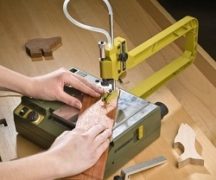 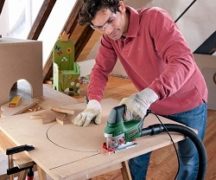 Which jigsaw to choose for home use
Choosing home appliances

How to learn to exactly cut electric jigsaw
Operation of equipment

Kinds of electric saws and their technical features
Operation of equipment

How to use jigsaw correctly
Operation of equipment

How to pick a jackhammer
Other repair equipment