Distinctive features of an electrofireplace with the steam generator

Many apartment owners dream of a real fireplace. But if such an opportunity presented itself, it would have been unreasonably expensive, for this requires both a chimney and special care. An alternative option in this case is an electric fireplace with a steam generator. It is practically not necessary to take care of such a unit, it is safe and not capable of burning. In addition, he is able to realistically imitate the flame and even smoke.

The very first electric fire was incredibly simple. The principle of his work was to oscillate scarlet ribbons and strips of foil. Previously, it was unusual, now there is no reaction, except for bewilderment, such a device does not cause.

Later appeared multimedia fireplaces. They are equipped with a monitor on which video is played with a burning flame.The work of such a fireplace can be accompanied by any sound - from the crackling of logs to the sound of rain. Heating at the device is optional and easily disconnected, which can be very useful on a summer evening or in the presence of alternative types of heating. You can put any picture by the fireplace any - there are options both with the forest and with the waterfall. Electricity such a fireplace spends a little. If you turn off the heating, the consumption of electricity will be no more than that of a simple light bulb. 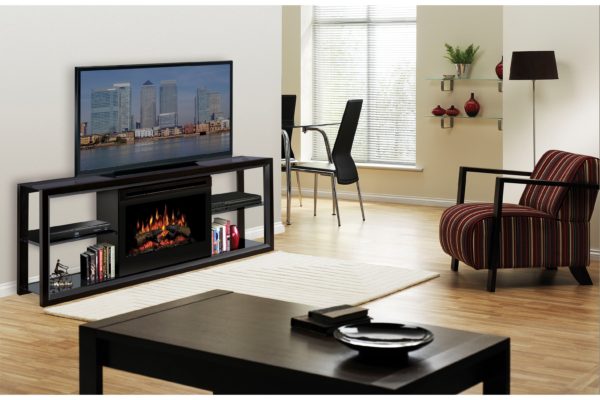 Quite another thing - electric fireplace with steam. This is the most convenient and believable of those that are now on the market. It simulates smoke and fire using steam, which is illuminated by halogen lamps. This fireplace is equipped with a special water container, which is enough to work for one and a half days. The steam in the fireplace is cold, so it has a double benefit - it creates coziness and beauty in the house and slightly moisturizes the air. 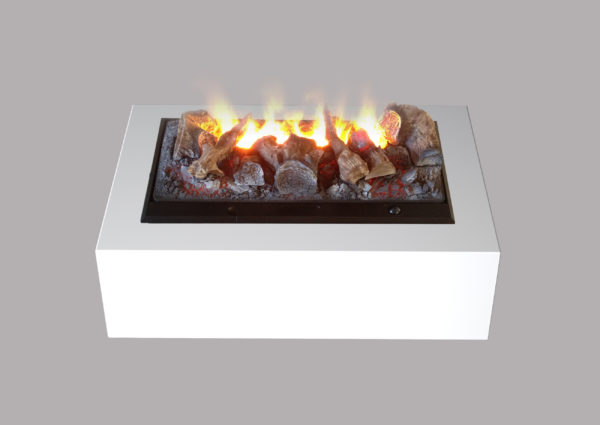 Such device almost does not demand leaving. Suffice it to periodically add water and once every two weeks to clean the tray for liquid from lime deposits.

A nice bonus is the existence in some models of an additional tank for a special liquid with the smell of firewood burning in the fireplace.

Electrofireplace with steam running through a small ultrasonic steam generatorthat fits in water. There, with the help of ultrasonic treatment, he turns water into many small drops. Under the action of halogen lamps, the droplets are converted into steam rising chaotically upwards.

Lamps paint steam in yellow and red colors thanks to the built-in light filters. Also, these filters illuminate artificial coals. All this creates a very real illusion of flame.

Steam fireplace, ideal for some public places like a restaurant, bar or hotel.

But whether he needs a home - it's up to you. The steam fireplace has many drawbacks, but the plus, in fact, is only one - the fire in such a fireplace looks quite like a real one.

Electrofireplaces with the illusion of living fire: safe heat in every home

How to choose the right electric heater
Technology news: