What can be cooked in a pressure cooker

The name of the pressure cooker speaks eloquently for itself - dishes in it are cooked much faster. The secret of such operational cooking is in a high boiling point. Thanks to the hermetic lid, steam creates a strong pressure that raises the temperature, and the latter, in turn, contributes to the rapid softening of the prepared products. So, what can you cook in a pressure cooker, and what not? Consider below.

The advantages of the device

Unlike other methods of cooking, fast cooking has several advantages: 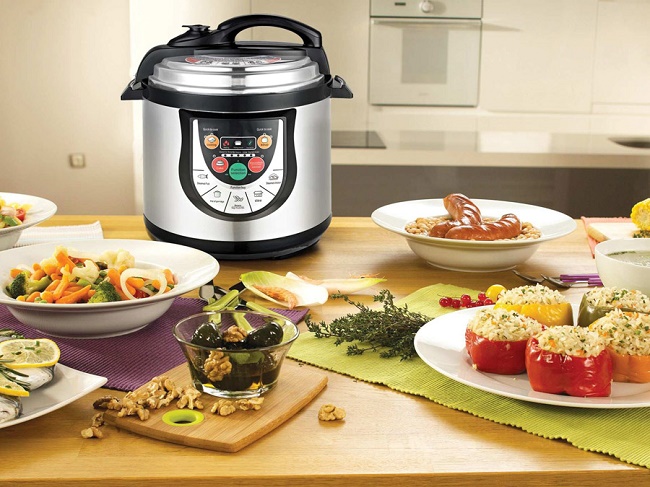 And most importantly - dishes from a pressure cooker, especially those that are steamed, are considered most helpful. Therefore, if you adhere to a healthy diet, a pressure cooker in your kitchen is a must.

What products can be cooked + temporary table

In a pressure cooker, you can cook everything. More precisely, almost everything. The list of "prohibited" products includes those whose cooking is accompanied by a large amount of foam and spray - this can clog the valve from the inside. These include pearl barley, oatmeal, semolina, millet, crushed peas, noodles, spaghetti, compotes. However, in this case, the pressure cooker can be used, namely, to use it as a standard saucepan. 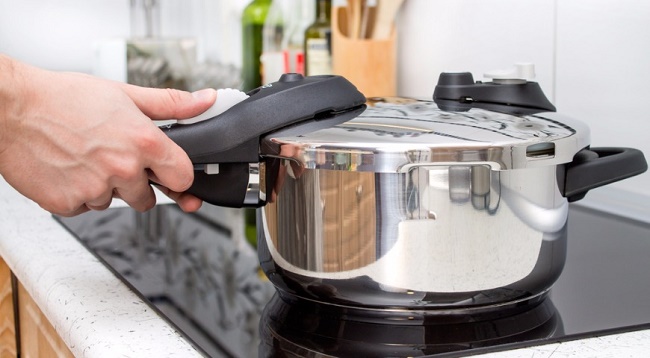 What with a light conscience can be cooked in a pressure cooker? Soups, vegetables, rice, cereals, meat, fish, desserts and side dishes. And if specifically according to recipes, then fast pilaf, cabbage rolls, roasts, spaghetti, jellied meat, stewed cabbage, vegetable stew, borscht, pies and puddings. 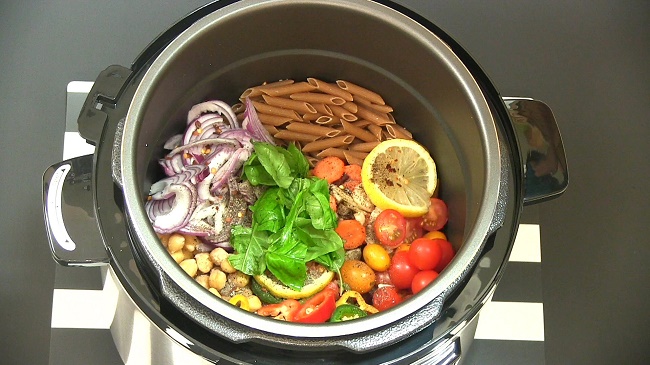 Below are the cooking times for certain products.

To make dishes from a pressure cooker turn out to be of the highest category, you need to know some technical secrets:

Many products can be cooked without oil and water - in its own juice. This will greatly increase their beneficial properties. 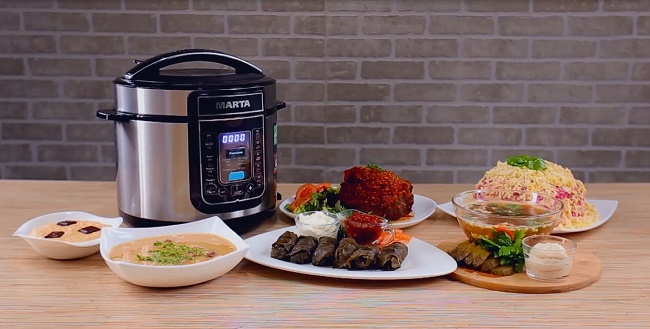 It is not recommended to cook fish in a pressure cooker, since removing its smell will require some effort. If the fish was still prepared by you, boil a saucepan with vinegar or lemon zest.

Putting products in a pressure cooker is desirable. at the same time, but if there is a need for their report, first remove the device from the stove, discharge the steam through the valve or pour over the pan with cold water, and only then open the lid. 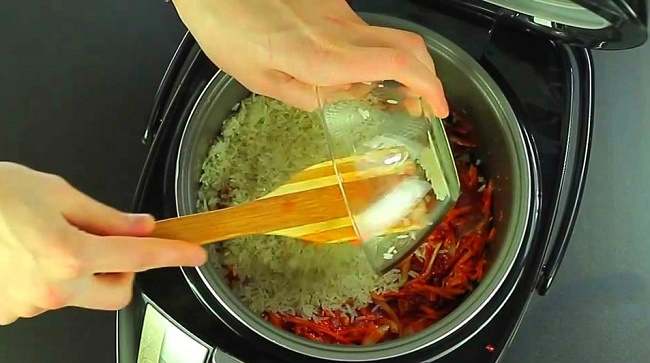 Frozen foods, whether vegetables, meat or fish, can be cooked without prior defrosting. But at the same time they need to be in advance, that is, before freezing, to wash, clean, gut, etc.

To cook food for a couple, stock up on a special basket or insert, which is set on the pan. The peculiarity of steam cooking in a pressure cooker is that it is not necessary to chop the meat - large pieces are permissible, and vegetables can be completely laid. 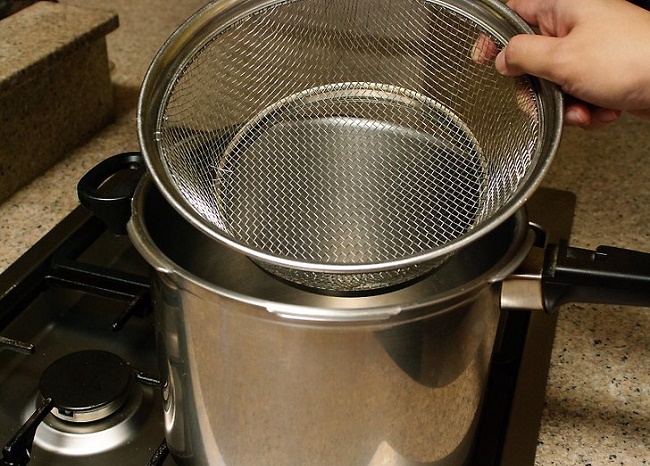 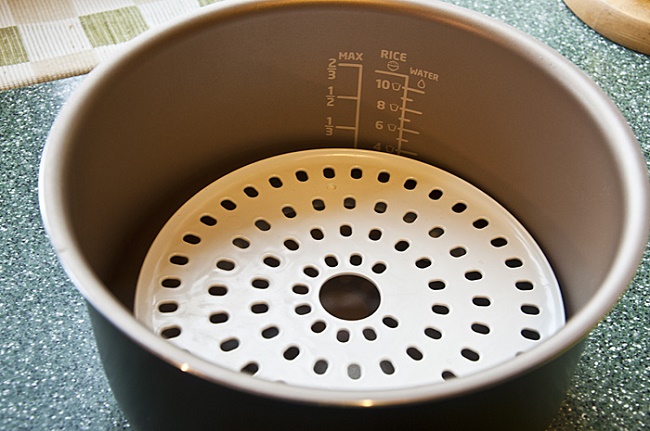 Spices and other flavor enhancers can be added to dishes immediately and in much smaller quantities than when cooked using the traditional method. Hermetically sealed lid of the pressure cooker contributes to their rapid absorption, moreover, its own aroma of products, which remains almost unchanged, takes effect.

In the final cooking, you should immediately let off steam, otherwise your dishes can be boiled soft. 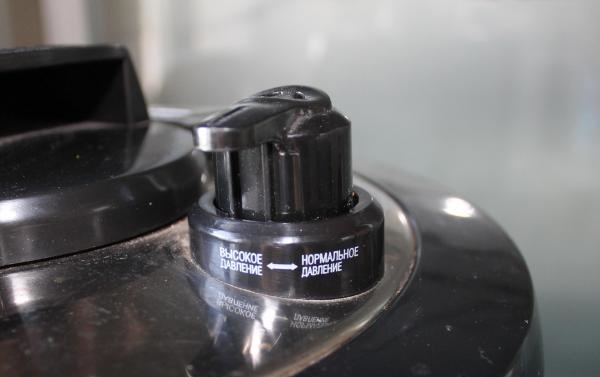 The thing is that even after removing the pan from the heat, the cooking process will continue - until the appliance cools down. Many newest pressure cookers are equipped pressure regulatorwhich can be fixed in the mode of slow or intense compression. Or, as an option, just put the pan under cold water - so your dishes just do not boil down. 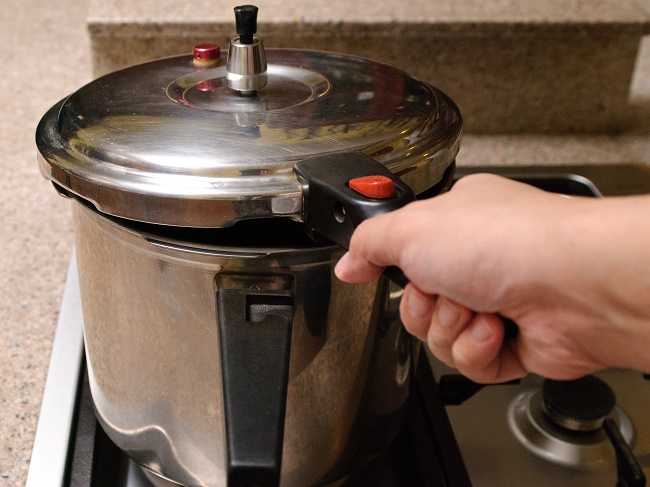 Cooking in a pressure cooker does not require super-skills and an outstanding culinary past. All that is needed is to put products into the pan and close it with a lid.The rest of the pressure cooker will do for you.

The most popular pressure cookers in 2018

How to use a pressure cooker

Pressure and temperature modes in a pressure cooker