New HTC smartphones - they take not quantity, but quality

The company from Taiwan HTC is not the first year in the smartphone industry. She is one of the first to start producing touch devices. Brenda holds the lead in the production of smartphones with two cameras, and the company often offers unusual solutions in this area. In recent years, HTC is not a leader, but constantly wants to return to its place, releasing interesting devices. Everything does not always work out very well, but you cannot write off the company from the accounts, so the 2018 HTC novelties are presented below.

The model refers to the middle segment. The device is a simplified version of U11, but differs not only in the filling, but also in the camera. From the title it seems that the model has an interesting camera, and this is true. The device received a rear camera with a single matrix, but there are two modules at the front.

Like any modern device, the device has glass surface in front and behind, a large enough diagonal of 6 inches with a ratio of FullView. Matrix - SuperLCD with very high quality settings and a resolution of 2160 * 1080. 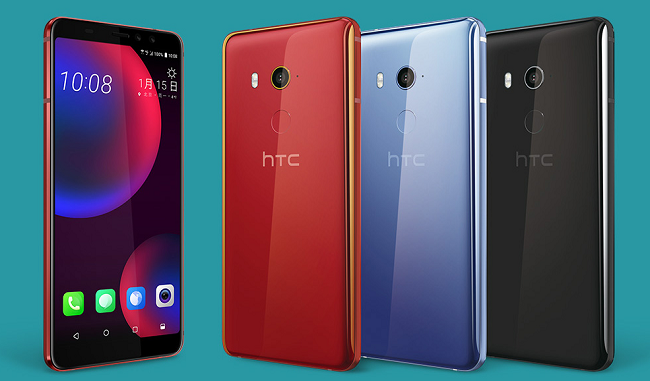 On a note! It's nice that the brand did not follow in the footsteps of the American company and did not make a cutout for the camera and other elements, so here you can see the classic rectangular display that many will like.

The camera in the device is represented by a 12-megapixel module with optical stabilization, fast focus, extended dynamic range. You can list its advantages for a long time, but the main point: the independent research bureau DxOMark, which deals with the testing of professional SLR cameras, gave the matrix in U11 Eyes 90 points. This is a very high figure, which allows the model to be in the top ten smartphones by photo opportunities in the world. The front camera has two 5 megapixel modules that will provide great quality selfie.

Iron - Snapdragon 652, 4/64 GB of memory, battery - 3930 mAh, there is NFC, finger scanner. The device has a Type-C connector, and headphones are connected through it. Included the user will find a headset, a rag for the screen, silicone case. The colors are black, red and blue.Price - from 23 thousand rubles.

Given the loyal price, the device is very interesting. First of all he focused on young people who care about the camera, but not performance. It’s not that the model is slow, but for the same price there are enough devices with a more decent processor, but a worse camera.

HTC U11 Eyes on Yandex Market

The older version of the above apparatus, which is among the new HTC smartphones in 2018 not positioned as a flagship. Today there is a trend to call the company's most expensive smartphone flagship, but in this case it is not. HTC abandoned this approach: their “+” in the name means only a large diagonal. The device is not much different from the usual U11, and basically it comes to the screen size - 6 inches vs. 5.5. But despite this, the device is very interesting. 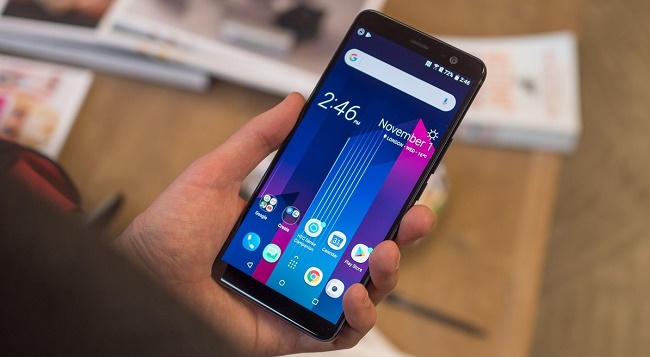 In terms of appearance, everything is quite familiar. Glass front and rear - very strong Gorilla Glass 5, which, even if you drop the device, will not break immediately. It is quite a brand, so it is recommended to immediately put on a transparent silicone case, which is included. The colors are also not the newest - black, red and blue. Display - 6 inches, Super LCD 5, QHD +, FullView. He has analog of function AlwaysOn, but if it is possible to fine-tune it on Amoled, then there is no such opportunity.

The hardware is very nice for hardware - Snapdragon 835, 4/64 or 6/128 GB of memory, a combined card slot, NFC, finger scanner, 3930 mAh with fast charging. The model is equipped with a very high-quality 12 megapixel camera with an optical stabilizer and a larger pixel. She shoots perfectly. Front camera single - 8 megapixel.

Important! Of the nice features - support for the LDAC codec. The device is one of the few who understand it. The bottom line is that the sound in wireless headphones with the support of this codec is an order of magnitude better than that of other devices.

The model has 4 microphones with excellent noise reduction, and they work fine, there is also a stereo speaker. The device is not afraid of dust and water. 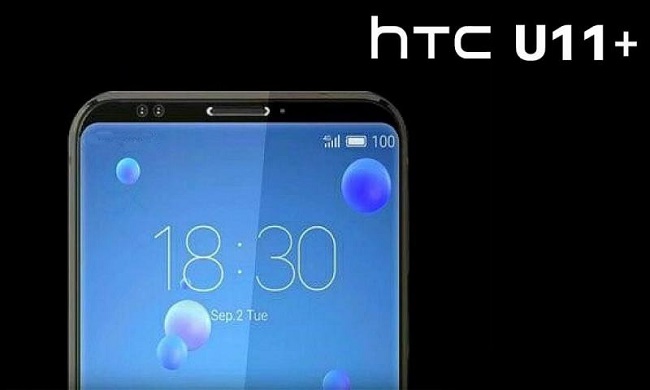 Another chip - Edge sense. There is a special area on the side face, which when clicked performs user-defined actions. For example, you can quickly go to the camera or in any desired application.According to reviews, at first it is not very convenient, but then you get used to it. Price - from 38 thousand rubles.

On the device, we can say that this is the best model of the company in 2018, and, despite the minor flaws listed in the minuses, the device is pleasant. This is the choice of those who want to try something new, and not the boring Samsung, Honora or Apple. Price tag more than meets the content.

HTC U11 Plus on Yandex Market

Among the latest HTC smartphones, the U12 Plus just recently appeared, and it is he who is the flagship of the company. The model turned out not bad, but quite expensive.

The design is completely similar to the previous device: strong glass at the back and front, side frame - metal. The display is the same Super LCD 5 with a diagonal of 6 inches, a resolution of 2880 * 1440, FullView. Chipset Snapdragon 845, 6 GB of RAM, optional drive - 64 or 128 GB. 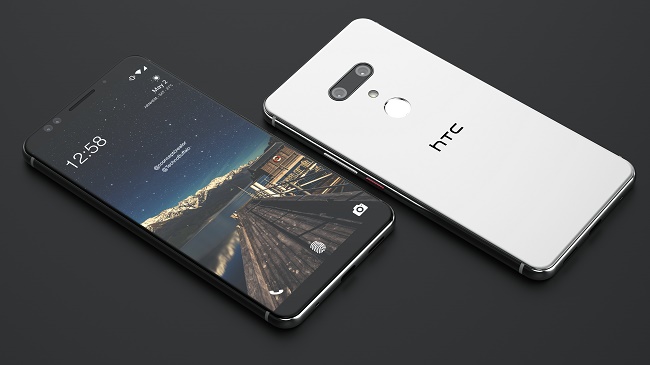 To describe the logic of the HTC U12 Plus, a few phrases are enough - this is the evolution of a good device. The model differs little from the U11 Plus discussed above: the camera has become better, the processor has been placed on top, the sound has changed (and it has become even better), the performance of the touch side panels has improved, the battery has decreased. The last moment of some may upset, but given the best Snapdragon 845 power saving features, there will be no difference. 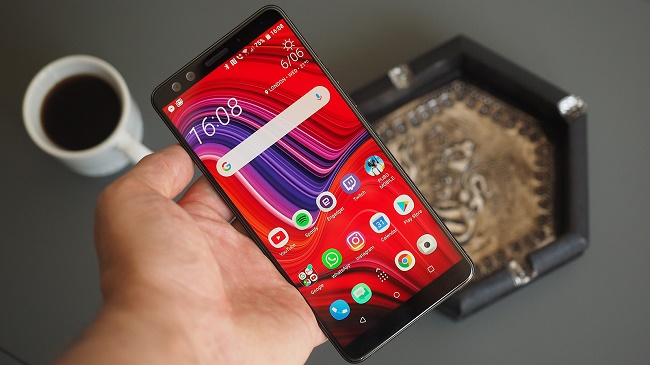 The device among the models of 2018 is really cool, but there is a question - why buy an excellent HTC for 60 thousand, if for the same amount there are models no worse than Samsung or Apple. The device is top, but if its price was 5-10 thousand cheaper, it would have easily broken the market, but for now Taiwan needs only to rely on fans and those who are tired of Chinese, Koreans and Americans, and there are 60 such people there are not a lot of thousands in my pocket.

On a note! The company's mistake is that it considers itself equal to the Korean and American brands, but this is not so.Still, the perception of HTC today is worse than that of the brands mentioned. And even Huawei with Xiaomi today look more preferable.

HTC U12 Plus on Yandex Market

New among HTC smartphones, presented in 2018. contain not only expensive models, but also budget devices for everyone. Desire 12 is frameless smartphone with average parameterswhich costs from 15 thousand rubles. 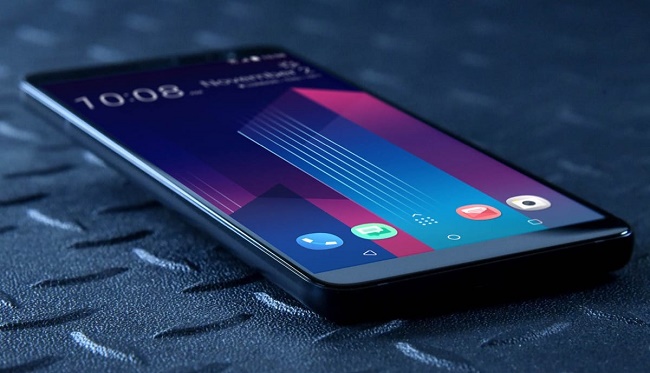 Model received plastic case, which, according to reviews, quickly get dirty.

Important! The display is not the largest and it seems that the resolution is sufficient for it, but if you look closely, the pixels become noticeable. Another weak side of the model is the chipset, according to reviews, the device slows down when scrolling, but there is no talk about serious games here.

Of the strengths - a good level of photos for your segment, this is especially noticeable when shooting with the front camera in HDR mode. The second advantage of the device is a separate slot for a memory card.In general, the device is passing, and there is a whole list of competitors who look stronger. 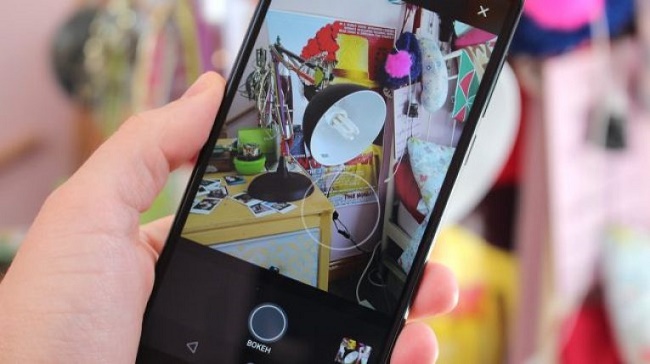 The model is clearly an amateur. If you choose the parameters, a lot of devices from the Chinese look attractive to buy. The advantage of the model lies in the camera, but without reading the reviews, and looking at the bare numbers, you can not say.

Xiaomi Mi Max: the first phablet of the company

Honor 7a Pro - a model destined to be successful
Technology news: