Connecting the microphone to the TV for karaoke

Karaoke is quite popular entertainment for many users, despite the fact that it appeared quite a long time ago. Today there are a huge number of systems that support this feature. It can be both a DVD player and a new modern TV with Smart TV function. Naturally, you can configure this feature on your computer by installing the appropriate software.

Having bought a new device with the Smart TV function, a huge number of users are wondering how to connect a microphone to the TV. 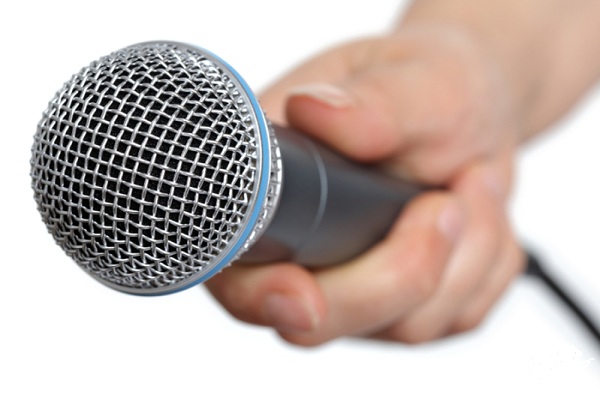 The possibilities of modern TV

Previously, karaoke was implemented using DVD players. But today, modern technology provides smart TV, which providesinternet connection directly. Fans of music and songs have long appreciated the model with the function of karaoke - such devices can replace entire speakers. How is it implemented? If the device is positioned as Smart TV, then by downloading a special application for it, you can enjoy the performance of your favorite songs without acquiring additional consoles and CDs.

As a rule, these applications are paid, but they open access to an extensive catalog of compositions.

So, to become the owner of home karaoke you need:

Problems with installing the application on Smart TV are unlikely to arise, but with the inclusion of a microphone, difficulties may arise. 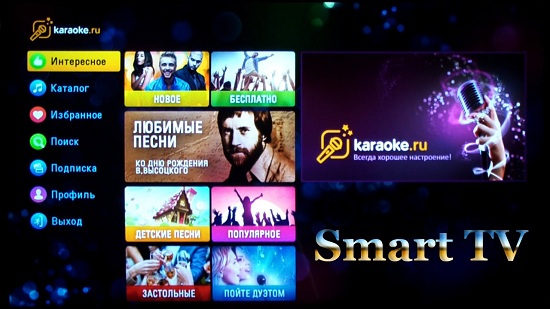 As a rule, microphones are equipped with a Mini Jack 3.5 mm jack. Most televisions also have a corresponding input: it is usually pink and is called Audio IN. However, most users point out problems with this connection:

There are several ways to solve this problem.

The microphone not only allows you to sing your favorite songs - using it, you can easily perform voice control device. Modern devices with built-in smart TV give plenty of room to realize their capabilities. Learn more about the nuances Smart TV selection - This will facilitate your subsequent use of the device. The most popular smart TVs are Samsung, and smart interface setup in them, and in general, TV setting different intuitive simplicity.

How to organize the list of channels on Tricolor TV: step by step instructions

Connecting a TV with wifi to the Internet

Rating the best TVs in 2017, the advantages and disadvantages of optimal models. Price comparison, description of the functions and technical characteristics of TVs of different brands.