Advantages of reverse in the meat grinder

Not every housewife can answer the question what is a reverse in a meat grinder, since not everyone understands the meaning of this function. And, meanwhile, the reverse is translated as a reverse motion, and the mechanical meat grinders possessed such an opportunity. But is this function necessary?

Reverse in the manual meat grinder

The main task of the device is to grind meat. Sometimes this procedure is accompanied by unpleasant aspects. The meat product, poorly peeled from the veins, bones, coarsely chopped, clogs the gap between the knife and the grill, is screwed onto the auger, which makes processing difficult and sometimes even stops the process.

In the absence of the reverse function, it would be necessary to stop the scrolling, disassemble the meat grinder and clean its elements from unscrolled meat. But, having this function, you can make reverse. To do this, you just need to scroll the handle to the other side several times and remove the stuck meat. And then continue the rather time-consuming manual scrolling process. 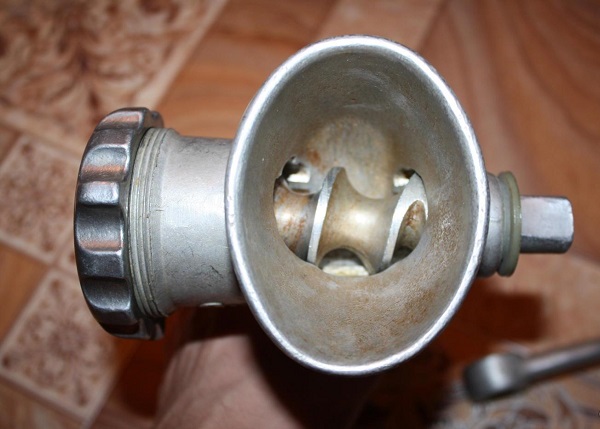 Reverse in a modern meat grinder

Modern electrical devices have undoubted advantages over handheld devices. Available several buttons will ensure uninterrupted operation of the device, including cooking minced meat. When using a model with a power of 1000 W for these purposes will take several minutes.

The hostess should only prepare the product, cut off the bones, remove the film and veins, cut, and then alternately send the pieces to the receiver. However, it is not easy to clean the meat. This is where automatic reverse comes to the rescue. Pressing a certain button will cause the auger to rotate in the other direction, and meat that could not roll will return to the loading opening. The scrolling process can be continued. 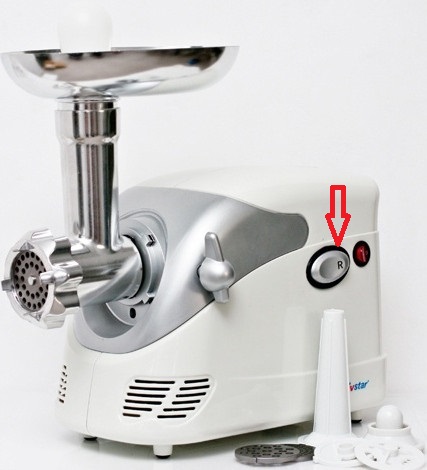 It should be noted that in the meat grinder you can scroll not only meat, but also fish, vegetables, fruits. In this case, it is also possible for the knives and auger to become jammed, and here, too, an autoreverse cannot be done.

What are the positive aspects of the reverse system?

Is it possible to do without reverse

It is quite clear that if the stuffing is prepared from the sirloin, a device of any capacity will cope with this task. But not always the hostess gets a good clean product from the tendons and bones. And in the absence of the reverse course work will be difficult.

Some models of devices have special safety devices against ingress of bones and veins into the apparatus, but in such cases it is often possible to observe overheating of mechanisms, which sometimes leads to their breakdown.. Therefore, manufacturers prefer units with reverse.

Although it is believed that the return stroke is needed for low-power devices, from 1000 to 1800 W, and high-power devices can cope without it, more and more often devices with a capacity from 1800 W are made with reverse scrolling. 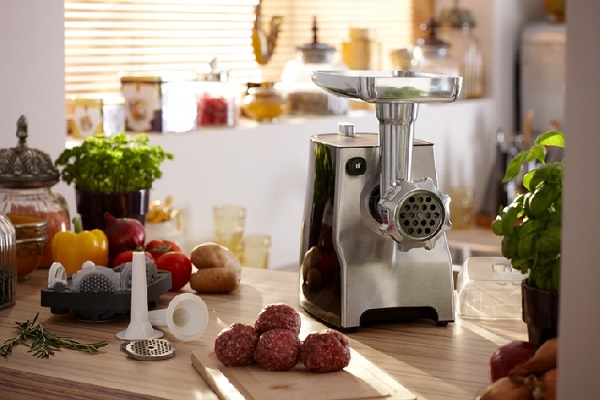 Obviously, the reverse has an important property. Its use simplifies the process of scrolling meat, and many modern brands are equipped with a reverse system. But the presence of such a function is reflected in unit cost. Consider carefully whether meat with wiry fibers, fish with skin, vegetables and fruits with skin will be used. If not, then you can not overpay for a meat grinder. It should be noted that such household appliances are purchased infrequently. Therefore, you need to treat the purchase prudently, with a prospect for the future, and still choose a model with auto-reverse.

What is the meat grinder

What is the nozzle kebbe in a meat grinder

What are water ionizers used for and how to use them
Technology news: