The nuances of the work and installation of electric heater

Wood fireplaces have long been used by people to heat a room. It is nice to sit next to him in an easy chair with a cup of coffee or tea in your hands, watching the flame of the dancing lights ... But, unfortunately, such a fireplace is not suitable for all houses, not to mention apartments in high-rise buildings. But do not despair, because they can be replaced by electric fireplaces.. So, how does an electric fireplace work, How to install it, and due to what its similarity with the wood variant is achieved?

Knowing how an electric fireplace works will help you understand how it works. First of all, it is worth noting that this device consists of two components: the hearth and the portal. The hearth is the place for the firebox, that is, the main part of the fireplace, and the portal is its outer frame.

Hearth happens built-in and replaceable. Built-in are made, as a rule, under a specific portal, so installing it is quite simple. Replaceable can be almost any size, and therefore, the portal to it is selected in each case separately. 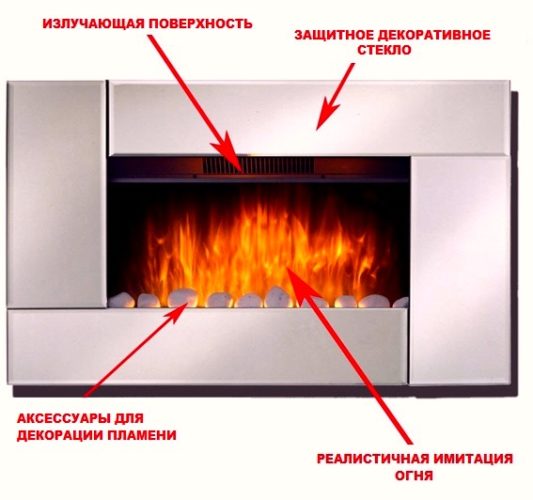 If the portal serves only as an ornament to the fireplace, then the hearth performs at least two functions: heating and lighting.

The indisputable advantage of the device is the possibility of its use in the summer heat. To do this, turn off the heating, leaving only the lighting.

Looking at the bouncing flames, one involuntarily thinks about how manufacturers were able to achieve such an incredible resemblance to real fire.

In fact, several methods are used to create the effect of burning firewood. Here are the most popular ones: 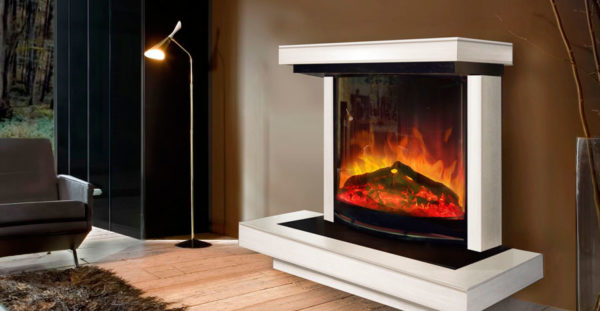 With the heating function, the electric fire does quite well, thanks to the built-in tenam or spirals. They can be placed both above and below the hearth. The fan, built into the device, drives the heat from the fireplace and at the same time contributes to its cooling. 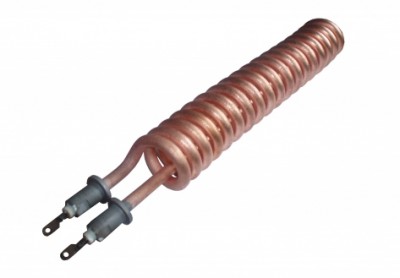 In most modern models, the electrofireplace device includes electronic control, thanks to which the device works almost independently. That is, you will need to perform only a minimum of actions, namely:

Upon reaching the set temperature parameters, the electric fireplace will automatically turn off the heating function and turn it on again when it is lowered, which is very convenient.

What needs to be considered at installation of an electrofireplace?

Despite the fact that you can install an electric fireplace in almost any apartment, you need to follow the following recommendations for its installation:

How to make an electric fireplace